I feel very lucky today to welcome Coral Vass to my blog to celebrate the launch of her latest book. It’s part of the Random House ‘Meet Series’ about the extraordinary men and women who have shaped Australia’s history.

Meet…Don Bradman is a children’s picture book about cricket’s greatest ever batsman, Sir Donald Bradman. It’s the story of how he first came to play for Australia, and how his record-breaking feats in the Ashes series became a source of pride and hope during the hard years of the Great Depression.

Coral’s book has been beautifully illustrated by Brad Howe. Don’t you think his style suits the era of this story perfectly? I do.

Congratulations Coral and Brad – it’s such a beautiful book.

I wouldn’t say I was a die-hard fan, but I have always enjoyed watching cricket on TV. My three sons however, utterly love everything there is to love about cricket.

And since writing this book, I have gained so much more appreciation for the game.

How good is that?

I had a lot of fun researching the life and career of Sir Donald Bradman. The internet is not always a reliable resource, so I visited the libraries frequently; borrowing countless books on Bradman, as well as watching old footage of the game and various interviews.

Despite his relatively quick rise to fame, Donald Bradman actually had many knock backs. Most Australian cricket selectors initially didn’t see his cricketing potential; thinking his batting style was unconventional. But with persistence, hard work and a little bit of luck, Donald went on to become cricket’s greatest ever batsman. Don’s story offers a great message of hope, hard work and persistence for all children.

What a fabulous fact? I did not know that…

It was an absolute honour and thrill to be given the opportunity to profile such an amazing Australian legend. And watching Brad Howe bring this story to life with his phenomenal illustrations was a joy.

My appreciation of Donald Bradman grew immensely as I researched and wrote this book. I definitely have much more admiration and a deeper respect for him as a sportsman and a person, as I gained insight into his character. As well as being a phenomenal talent, Sir Donald Bradman was a man of enormous integrity and humility.

The most challenging part was making sure I got it right. The hardest thing about writing non-fiction is checking, double checking and triple checking that all the details are correct. Added to that was the pressure of writing about and making sure the story honoured this extraordinary man -Sir Donald Bradman.

I definitely think you’ve got it right. Well done you.

Coral Vass and Brad How‘s book ‘Meet Don Bradman’ can be purchased from any good bookstore. 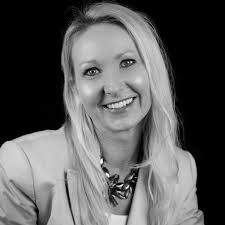 So, as Molly would say, do yourself a favour…and go out and get it!