Elizabeth is a natural public speaker and her rapport with the Year 5 & 6’s of Stonnington Primary was engaging and warm. Conversational and funny, Elizabeth managed to get the children to open right up about what they like about story telling and writing.

Elizabeth talked about her experiences growing up and becoming a writer and what it takes to write a book. She used the analogy of ‘witchcraft’. For a witch to know how to make spells, she needs to understand the ingredients. She needs to learn her craft. And writing is the same; a writer must learn their craft before they can write well.

A collector of words, Elizabeth asked the children what sort of words they like to say, how it feels when they say it.

Partiality, pop, books (‘oo’ words were popular), arresting and quarrel were some of the words the children liked. Growing up, Elizabeth particularly liked the word ‘supreme’. Everything was ‘supreme’, supremely good or supremely bad. I have to admit I’m a big fan of the word ‘vivid’ (it must be the two ‘v’s).

We then launched into some of writing of our own. We were going to write some short poetry called ‘Haiku’. Elizabeth explained this style of poetry is made up of three lines. The first line consists of words with five syllables, the second line has seven syllables and the third line has five syllables.

Elizabeth showed us an image of a palm. It was facing upwards, holding some grains of rice. We were to write out Haiku about this image.

After much brainstorming and concentrating, the children had a chance to read out their poetry. It was fascinating what they wrote. It varied from “Dude, these are my drugs” to more poetic pieces about and hope and humanity.

The offer of seed

Yeah, I know, don’t give up your day job.

Then Elizabeth put up an image of an old man wearing a peaked gap. (He looked rather grumpy).

The children had to name him and make up a sentence he would say. He did look like an old sea dog, so the children came up with some terrific seafaring themed names and sentences like…

“Life on the seven seas is the only life for me…”

“I’m not getting up and giving my seat to you…”

Elizabeth showed us how to deal with children with confidence and encouragement and I loved the way she taught them how to write simple but beautiful poetry.

Elizabeth Honey is a writer and illustrator of poetry, picture books and novels for children. Her work is always full of fun, with action packed stories, lively characters and zany illustrations. She is probably best known for her novel ‘45 & 47 Stella Street and everything that happened’ which was a CBCA Honour Book, and since then has written a number of highly entertaining novels, such as ‘Don’t Pat the Wombat’, ‘Fiddle-back’, ‘Remote Man’, ‘What do you think, Feezal?’,‘Cauldron Bay’ and ‘To the Boy in Berlin’. She has also written and illustrated a number of picture books, including ‘The Cherry Dress’ and ‘Not a Nibble’ which was the CBCA Picture Book of the Year.

“My books grow from an idea I find intriguing. I know it’s a good idea when it follows me around like a stray dog that won’t go home.”– Elizabeth Honey

You can read more about Elizabeth and her books at… 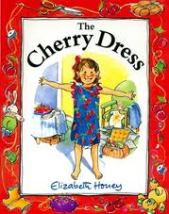